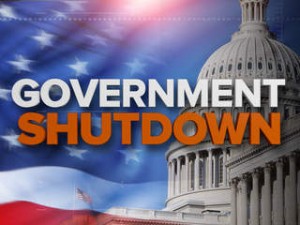 The morning of October 2, the United States Government shut down for the first time in nearly 18 years, as a congressional stalemate froze funding and furloughed some government workers.

Aside from more overt casualties — closed federal offices, and shuttered national monuments and parks — some of the government’s websites were not updated or taken completely offline. Behind the scenes, some large data sets were made unavailable, as in the case of the the Library of Congress whose machine-readable schemas became unavailable to applciations around the world that depend on them. Our engineering team made copies of the MODS, MADS and PREMIS schemas available on LII servers to help other applications survive the shutdown.

On the front end, many affected sites posted notices on their home page or on splash screens that attributed the outages to “a lapse in federal government funding,” and those that remained open, like the National Weather Service, continued to point blame at funding while stating that they were remaining available in the “interest of public safety and security.” But who exactly decides what’s in the public interest? It seems to us that the laws of the United States are pretty important, but if the government were to suddenly take them offline completely (as they did with other public sites like the United States Census and NASA) we would still be expected to know and to follow government laws and regulations, wouldn’t we?

Of course, we see this as yet another reason why LII is so important– making the laws available without cost and protecting our right to know and understand these laws without being subjected to the whims of political in-fighting. But this shutdown also produced out some interesting traffic data, which demonstrates just how vital the LII remains to those working in the government sector.

In the two weeks of the shutdown, the LII saw a modest, overall three percent increase in traffic to our site, but when we looked at the locations people were accessing from, those statistics told a different story. Visits from several large cities were up significantly, 14% in New York, San Francisco and San Diego, for example. But traffic from cities with a high degree of federal offices fell drastically– 22% in Boston and 20% in Washington DC. Conversely, the state of Maryland, home to many Washington DC workers, demonstrated a 25% increase in traffic during the same time period.

These numbers might suggest that people who needed access to law continued to receive it at the official government websites, or that they came to the LII thinking that the government sites would be shut down. But it also suggests that a significant number of government workers on furlough from their jobs in DC and Boston visit the LII each day. And that says something even more important. It suggests that thousands of federal workers prefer the LII to the official government primary legal collections, which would confirm anecdotal evidence we hear from government employees all the time. So even though the official sites remained open, the LII is the site of choice for many who rely on accurate current legal information to perform the government’s work. And that’s a recommendation we’re proud to have.