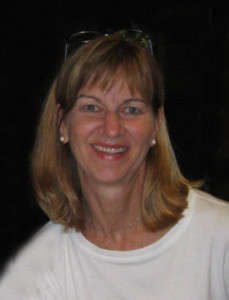 In 2016, NPR and The Marshall Project published an article exposing abuse of inmates in the Special Management Unit inside the Lewisburg Prison. Featured in that article was the Lewisburg Prison Project (LPP), a non-profit organization that provides support for prisoners and fights to ensure that their human and constitutional rights are upheld. The three person staffed organization consists of an outreach coordinator, paralegal and legal assistant Elayne Sobel, who also happens to be a donor to the LII. We were intrigued by Elayne’s role and wanted to know more about her.

How did you first get involved with the Lewisburg Prison Project?

I was hired at Lewisburg Prison Project (“LPP”) in 2007 as a Legal Assistant and remained until 2010 when I retired due to family illness. I continued as a volunteer until I returned as a paid employee in April 2015

You have been recognized for your exceptional work at the Prison Project in the past. Can you share a little bit about that recognition and any other accomplishments you’ve had?

“Awarded to ______ for following in the footsteps of Isabelle and Karl Patten who inspire us all with their lifetime of standing up for oppressed people here and everywhere: Inmates in prison, Citizens denied their civil liberties, The innocent victims of imperial wars, Communities besieged by marauding corporate polluters, Working people tossed away by an indifferent economic order.”

What do you find most challenging about your job(s)? Most rewarding?

Most challenging is the amount of letters we receive daily describing the abuse and injustices experienced in the prisons throughout the state and the country.

Most rewarding is the appreciation that prisoners express for any amount of help that LPP can provide.

Volunteering at the LPP isn’t your only job. How did your interest in Central Susquehanna Valley Mediation Center (CSVMC) begin and evolve? *CSVMC is now a non-profit mediation center that works closely with local county courts in Pennsylvania generally focused on personal conflicts such as custody, elder care, and consumer disputes.

My husband started CSVMC it in 2010 before he died that year of cancer.  With the help of 4 other volunteer mediators, we became the first board of CSVMC.

What is your current role with CSVMC?

I am currently finishing my last term on the board which ends this year.  Over the past 7 years I  held the positions of secretary, treasurer and president of the board.  I continue as a volunteer mediator.

How and when did you first hear about the LII?

The paralegal that I work with first directed me to LII (although we just refer to it as “Cornell website”)  years ago when I came back to volunteer.

How long have you been using the LII as a resource for your work and why do you use us?

I want to say at least the last 5 years, maybe longer.  It’s the first site that normally pops up on when I search for a legal code or citation.

You recently made a gift in support of our work. Why did you decide to give?

Because at LPP we use the LII site so often to help inmates who sometime have no other resource to get information.  We are limited in manpower and financial resources, so if we can get information from a reliable source, without cost, to pass on to indigent prisoners, we will do it.

If you were to tell others about the LII and why it’s worth supporting, what would you say?

“How much is the information that is obtainable from LII worth to you?”

“I come from an era when legal research meant paging through legal books, so I’m sure that to me, I am appreciative of saving any time on the LII site.  LPP produces legal bulletins for prisoners at little or no cost and we make them available to download at no cost from our website.  And yes, LPP is out there raising money like all nonprofits, but we can’t forget about the clients we are here to serve.” 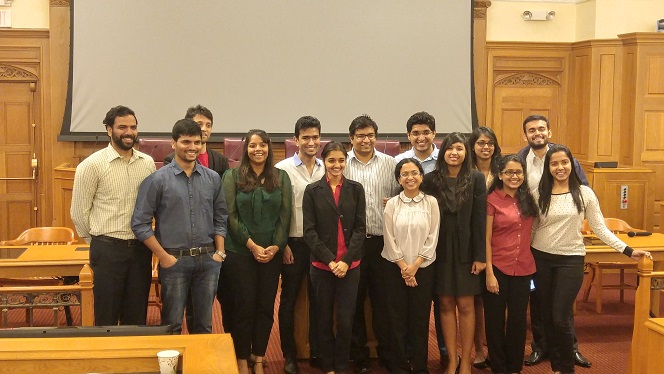 On May 12, LII engineers Sylvia Kwakye, Ph.D., and Nic Ceynowa hosted a presentation by the 14 Cornell University Masters of Engineering students they’d supervised this spring as they presented their project work on the Docket Wrench application to LII and Cornell Law Library staff.

LII adopted the Docket Wrench application from the Sunlight Foundation when it closed its software development operation last fall. Docket Wrench is designed to help users explore public participation in the rulemaking process.  It supports exploration by rulemaking docket, agency, commenting company or organization, and the language of the comments themselves. It is a sprawling application with many moving parts, and when LII adopted it, it had not been running for two years.

The search team, Gaurav Keswani, Soorya Pillai, Ayswarya Ravichandran, Sheethal Shreedhara, and Vinayaka Suryanarayana, ensured that data made its way into, and could be correctly retrieved from, the search engine. This work included setting up and maintaining automated testing to ensure that the software would continue to function correctly after each enhancement was made.

The entities team, Shweta Shrivastava, Vikas Nelamangala, and Saarthak Chandra, ensured that the software could detect and extract the names of corporations and organizations submitting comments in the rulemaking process. Because the data on which Docket Wrench originally relied was no longer available, they researched, found a new data source, and altered the software to make use of it. (Special thanks to Jacob Hileman at the Center for Responsive Politics for his help with the Open Secrets API.)

Deekshith Belchappada, Monisha Chandrashekar, and Anusha Morappanavar, evaluated alternate techniques for computing document similarity, which enables users to find clusters of similar comments and see which language from a particular comment is unique. And Khaleel R  prototyped the use of Apache Spark to detect and mark legal citations and legislation names from within the documents.

The good news is that after a semester of extremely hard work, “Team Docket” has Docket Wrench up and running again. But we need to ingest a great deal more data and test to make sure that the application can run once we’ve done so. This will take a while. As soon as the students have completed their final project submission, though, we’ll be starting a private beta in which our collaborators can nominate dockets, explore the service, and propose features. Please join us!

A couple of years back, we asked our donors a pair of related questions.  The first was, “How much do you value the LII’s work on innovative features?” The second was, “How much do you agree or disagree that the LII provides useful, innovative features?”  I’ve been puzzling over the answers ever since.   On the one hand, it seemed as though you guys didn’t particularly value our work on innovative features.   On the other, it seemed as though you very much like the ones we provide.   It didn’t occur to me at the time, but I should’ve been looking at a third question, one we have asked in nearly every survey and fundraising campaign for the last 5 years: “What can we change or improve about the LII’s services”.   Overwhelmingly, people answer, “Don’t change a thing”.

You could read that in two different ways:  it’s either the highest possible endorsement, or a panic-tinged plea that we not break anything with some misguided feat of techno-hotrodding.  We have done our share of techno-hotrodding, heaven knows, and not a little of it has been misguided — but that stuff has almost always ended up on the cutting-room floor.  That said, we have some very definite opinions about where innovation fits.

A long time ago, almost a quarter century, I wrote the first web browser for Microsoft Windows.  It has gone to a happily anonymous fate, overshadowed by more famous contemporaries.  But it did a number of things that nobody else had done before, including background fetching and caching of web pages, search-engine integration, and most widely known of all, the “mailto:” link.   That’s the trick that allows you to send an e-mail by clicking on a link in a web document.  Something like it had been suggested by a few people, back in 1992, but we were the first to do it. And now, everyone in the world uses it, and nobody thinks much about where it came from.  And that is exactly what we want.

The best innovations do things that are obvious in hindsight, and they do them so unobtrusively that nobody really notices them.  That quality of readiness-to-hand is overwhelmingly important  to us (and yeah, you just caught an aging stagehand having a Heidegger moment).   There is, too, a kind of technologist’s Hippocratic oath:  first, do no harm.  The improvements can’t get in the way.

We don’t let that scare us off; we’ve seen what happens when others let the worst Luddites among their users blockade improvements, or neglect them altogether — just take a look at PACER, which has remained in technological stasis for more than a decade.  But it takes a long time.  Twenty-five years ago, Peter Martin could spend a winter afternoon putting a Supreme Court decision into HTML, with hyperlinks, and create a Web-wide sensation.  Today, something like the linked-definitions feature we just added to the CFR takes 3 years of effort by teams of student software engineers who go on to work for Amazon, Facebook, Oracle, and Google.   But we hope that by the time a new feature appears at your fingertips, it just seems… obvious.

Just like it should have been there all along.

T.
PS:  Bob Ambrogi, the noted legal-tech journalist, just published a piece on our guest-blog that talks about the LII’s history of innovation.  I recommend it. 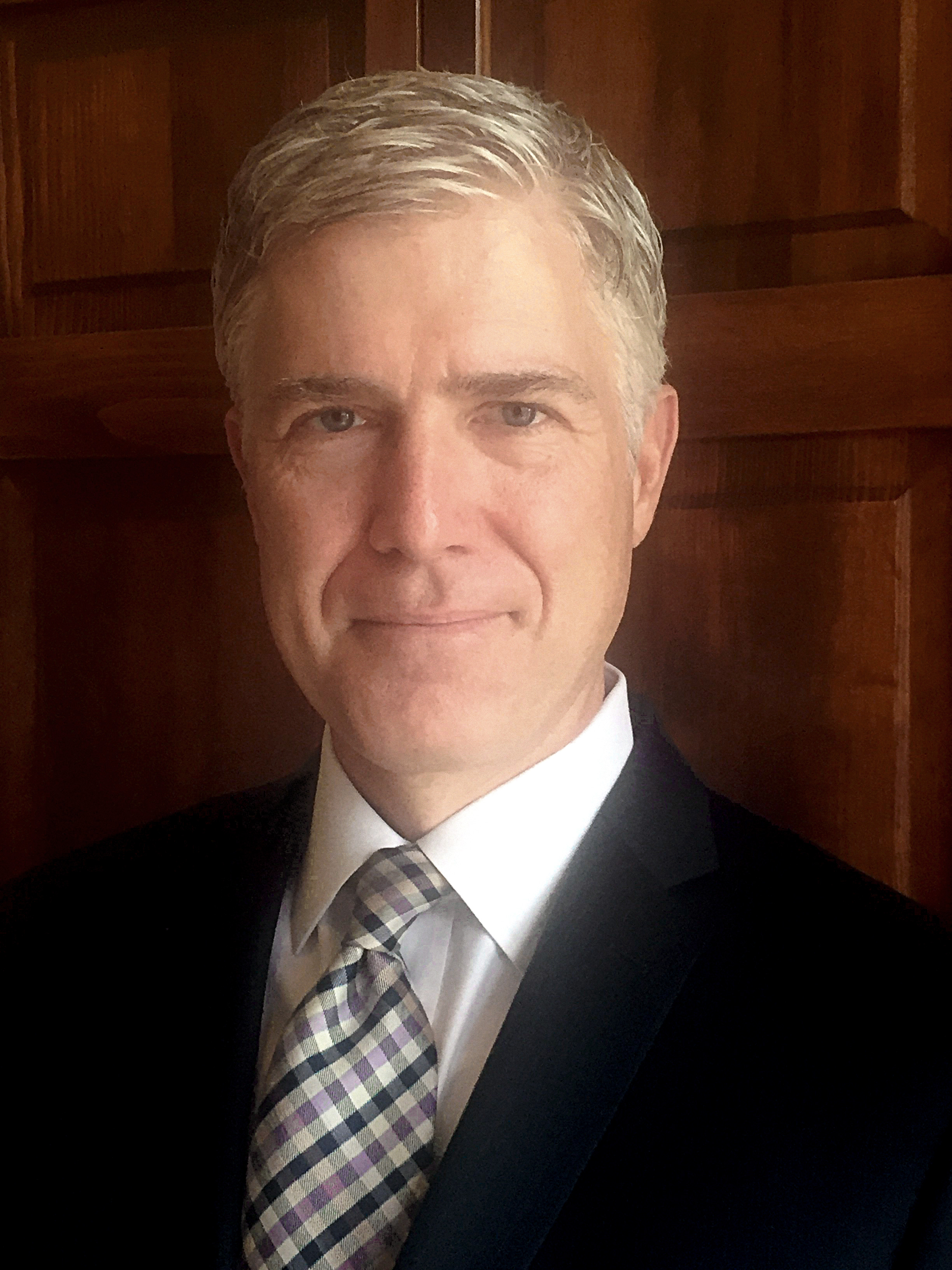 Soon we’ll start seeing opinions trickle out of the Court that include the vote of the newest Justice, Neil Gorsuch.  Before you read his words, read some lesser-known facts about him:

1:  His mother was the first female Administrator of the US Environmental Protection Agency.

2:  He was nominated to his prior position on the Tenth Circuit Court of Appeals after a recommendation from billionaire Philip Anschutz.

3:  His wife is English.  He met her while studying at Oxford.

4:  He has opted out of the “cert pool.” He is only the second Justice on the current Court not to participate.  (The other is Justice Alito.)