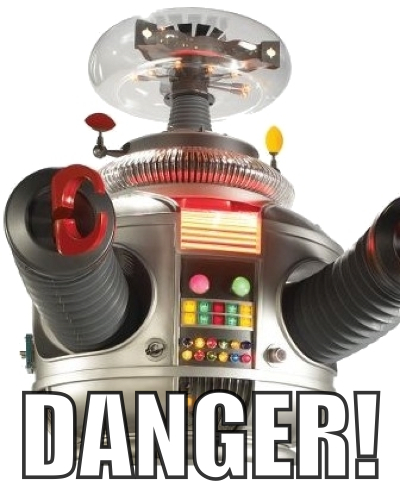 We recently coordinated a very successful speaking engagement at Cornell Law School by long-time LII supporter Ed Walters.  Ed is the CEO of Fastcase, which describes itself as “the leading next-generation legal research service that puts a comprehensive national law library and smarter and more powerful searching, sorting, and visualization tools at your fingertips.”  Fastcase, among other things, pioneered citation analysis, data visualization, mobile apps, and eBooks for legal research.

But Ed wasn’t at Cornell Law to talk about Fastcase.  In his “free” time, Ed is a pioneer in the study of what he calls “robot law.”  He’s teaching the subject this semester as an adjunct professor at the Georgetown University Law Center.

The LII invited him to come speak at Cornell because, like the LII itself, this topic implicates expertise in computer science, information science, and law.  In fact, LII Director Tom Bruce was sure to invite his colleagues from IS/CS and their students, and they showed up in large numbers.

“Robotics embodies the physical transformation of the Industrial Revolution with the cultural upheaval of the Internet Revolution, and it has the potential to be bigger and faster than either,” Ed told the gathered audience.  “The challenge of the next 20 years will be to make sure our law and society are ready for self-driving cars, surgical robots, pervasive surveillance, and drone warfare.”

The lecture started with this same historical perspective–placing the increased use of robots in a continuum beginning with the Industrial Revolution and continuing through the advent of the internet into today.  Ed challenged the audience–as he challenges his students at Georgetown–not only to think of the vast applications for autonomous, sentient or quasi-sentient machines in all walks of life, but also to consider the legal and ethical ramifications of how society incorporates, regulates, and even punishes these machines.

Ed’s message was largely upbeat.  He believes that, like first machines and then computers, robots will increase human productivity without utterly replacing the human labor force.  But he was quick to emphasize the potential consequences if courts, legislatures, and society as a whole fail to make law that adequately addresses and accommodates the difference between human intelligence and the “emerging” intelligence we see in computers like IBM’s famous jeopardy-playing computer Watson.   A key component of his message was that these decisions cannot be delayed until some distant future:  “This isn’t science fiction; it’s science present.”

Feedback from around campus was entirely positive.  Eduardo Penalver, the Alan R. Tessler Dean of the Cornell Law School told us afterward that Ed “is thinking at — and working at — the cutting edge of law and technology.  We were fortunate to have him bring his insights to Cornell Law School.”