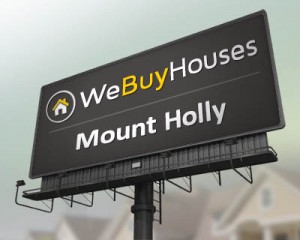 I read pretty much the same panoply of “important” Supreme Court cases in law school as every other budding lawyer.  Then, like most, I went out into practice and gave little thought to the Supreme Court’s docket.  Sure, the LII Supreme Court Bulletin helped me stay knowledgeable about cases relevant to my practice, as well as the ones garnering national headlines; but, like most lawyers, I was too invested in solving my own clients’ problems to pay much attention to what the Supremes were up to on a daily basis.  In short, the “important” cases in my world were the ones clogging my email inbox and covering every horizontal surface of my office with stacks and stacks of paper.

So maybe I have a little different perspective on the Mount Holly case than those who have been focused on watching the Supreme Court for years and years.  Mount Holly recently settled, which is rather rare for cases awaiting Supreme Court oral argument.  Some see this is a bad thing—an undeveloped parcel in our legal system’s highest-rent neighborhood and a wasted opportunity to get clarity and uniformity in the application of an important statute.  And it may well be all that, but it’s also something else—an excellent outcome for the parties.

It is easy to think of the Supreme Court not so much as a body for deciding actual cases and controversies impacting real people, but as some sort of uber law teacher doling out lessons in Constitutional Law and statutory interpretation.  When we do that, we risk forgetting that Dred Scott was a living, breathing person.  So was Fred Korematsu.  And Oliver Brown.  Or maybe you would insert Norma Jean McCorvey or Dick Heller or Salim Hamdan.   Whatever the case, my point is the same: so much of the what the Court does addresses the very real problems of very real people notwithstanding the broader policy implications for the rest of us.

Which brings me back to the Mount Holly case, which court watchers will tell you was about answering the Question Presented:  “Are disparate impact claims cognizable under the Fair Housing Act?”  But it was also about (or, instead, really about) where the residents of the former Mt. Holly Gardens would live in the aftermath of a long and controversial effort to redevelop their neighborhood into a community where they could not possibly hope to buy or rent homes.

Why did it settle?  Certainly not because the interest groups aligned on either side of the issue suddenly became disinterested. In one of the few pieces discussing the details of the actual settlement (instead of its political or jurisprudential ramifications), MSNBC’s Adam Sherwer reports that the settlement was the result of a local election in which the township voted in pro-settlement councilmembers, who subsequently made good on their promise.  (Perhaps there is a civics lesson about checks-and-balances in here, too….)

Sherwer reports that, under the terms of the settlement, “the township will compensate the residents who want to leave and provide new homes for those who want to stay.”

It’s possible to overemphasize the parties, to be sure.  Many a lawyer who sat through Professor Charles Whitebread’s bar exam prep lecture remembers his mother’s thoughts on the passing of Ernesto Miranda. (He is the unnamed law professor at the start of this article from Philly.com, which recounts the punchline.)  And, as the Daily Writ points out, litigants often file “test cases” in federal district courts specifically in the hopes of making it all the way to the Supreme Court to test the legality of controversial laws.  But there will always be a herd of pundits and experts to focus on the broader implications and ramifications of each decision our Supreme Court renders.  In fact, we assiduously and carefully do it ourselves in each Bulletin because finality and uniformity are, by design, twin features that make the Supreme Court both unique and very, very important to our form of government.  Its rulings affect not only the litigants, but everyone who must now conform their behavior to the Court’s interpretation of what the law means.

But today, the day the parties were to argue Mount Holly, it seems appropriate to take a moment to look past the role of the Supreme Court as the last word in interpreting the law and to remember that, like all American courts, it hears real cases about real people with real problems.

Craig Newton is the Associate Director for Content Development at the Legal Information Institute and is a graduate of Cornell Law School.   Read his bio on our site or on LinkedIn.  Newton’s Law is a blog in which he shares his observations on the law’s connections to, well, everything.