Over in VoxPopuLII today, we published a guest piece on the visualization of parliamentary information by Aspasia Papaloi and Dimitris Gouscos from the University of Athens.  It’s a great (worldwide) overview of the subject, with lots of useful links to other work done in the field.  Take a look.

We’ve added a new feature especially designed for tax types.  We’ve linked the IRS Written Determinations ( a/k/a the private-letter rulings) to the sections of the Code to which they apply.  For example, go to http://www.law.cornell.edu/uscode/text/26/79 ; just below the yellow how-current-is-this banner you’ll see a tab labelled “IRS rulings”.  Click on it to get to the PLRs.   There are, by the way, over 58,000 PLRs distributed over around 850 sections of the Code. They are by no means evenly distributed — some sections have only one associated PLR; others have thousands.
A few caveats:  the feature is still in beta test, and we’re going to need a month or so to be completely sure that updates are running smoothly. According to the IRS, updates run “every Friday morning” at their end, so we’re running ours early on Saturday morning (it appears from this week’s events that they don’t actually appear on the site until late Friday night). They take about an hour to process once they’re available.  As you will see in the explanatory text that comes along with the listing inside the tab,  there are some problems in the data as we receive it, mostly in the date fields.
At some point in the future, we’ll be adding full-text search that will cover the PLRs for any particular section.  This will be particularly useful in sections like 501, where there are well over 10,000 applicable PLRs.  Not sure when that will happen, but it’s on the list.
By the way, we’d love to talk with anyone out there who is familiar with the IRS Uniform Issue List Code system.  We infer from what they say on the site that the issue codes are assigned in order to issues within a particular section; they seem to function almost like “accession numbers” for issues, rather than as a cross-cutting indexing system where the numbers relate to the same thing in each section.  Which is kind of too bad if it’s true.
As always, we’re eager for feedback of any kind related to this or any other aspect of the LII site.
[ A special tip of the LII hat to Bill Allen, Cornell’s UBIT guru, who suggested the feature. ] 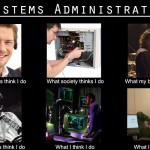 The LII is hiring a new systems administrator.  We’re looking for a combination of old-school configuration-management, maintenance and troubleshooting skills alongside creativity and newfangled notions about building a sophisticated infrastructure to support Semantic Web publishing and Linked Data.  The environment is fast-paced, demanding, infested with smart people, and very much about learning to fly planes while flying planes.  It’s also whatever the opposite of “impersonal” is, and usually fun.

Come join us in Ithaca.  The formal job description and application are here.

Today, we will be (re)joined by Craig Newton

‘07, who will be the LII’s new Associate Director for Content Development.   While a student at the Law School, Craig was the Editor-in-Chief of the LII Supreme Court Bulletin.  He has spent the last several years working as an IP litigator for Cooley LLP in San Diego.  An Annapolis graduate, Craig had a first career as a naval officer before attending law school.  He will coordinate and supervise all editorial activities at the LII,  working with us on a series of projects to improve and expand our offerings, including the WEX legal encyclopedia/dictionary,  the constellation of materials surrounding the US Constitution, and our ever-more capable editions of the US Code and the Code of Federal Regulations.  He and  Associate Director for Technology Sara Frug will be working together at the intersection of legal content and engineering to improve search and navigation features, as well as on a number of experiments intended to make our content more discoverable and more usable.

With the addition of Craig — and of consulting designer Manolo Bevia — the LII crew now numbers 9 1/4, delivering services to over 20 million unique visitors each year.

Every year, Cornell’s Faculty of Computing and Information Science sponsors a “science fair” called Bits on our Minds (BOOM).  The exhibition showcases cutting-edge student research in all manner of digital realms, ranging from robotics to information retrieval to social applications to game design.   This year, a team of Masters of Engineering students supervised by Dr. Nuria Casellas presented their work on Legal Linked Data. Nuria described it this way: Today we presented a poster of the current work in the Linked Legal Data project at Cornell’s BOOM science fair (http://boom.cornell.edu/). The LLD project of the Legal Information Institute applies the principles of LOD to legal information to enhance access to the Code of Federal Regulations. The main goal is to develop an RDF store of CFR data through the implementation of several information extraction and natural language processing techniques: the development of a CFR SKOS vocabulary, the extraction of definitions and obligations from text and the ability to relate specific CFR sections to particular products.

The project won a BOOM Sponsor’s Award from Susquehanna International Group, a financial trading firm.  As you can tell from Nuria’s description, the real payoff will be new features in the LII’s edition of the CFR.

Most of you will have seen this tweeted by now, but our LIIBULLETIN crew has put together a mini-site on the healthcare cases being argued at the Supreme Court in two weeks.  It’s at http://blog.law.cornell.edu/healthcarecases .   We think it’s informative, and we hope you will too.

We’re looking for a software developer who can help us build out our collections into the world of Linked Data.  We intend to offer both user-facing services that leverage Semantic Web techniques, and back-end services that will allow others to power their applications with LII technology.  We would like you to be familiar with a variety of text-processing techniques including XML and XML tools such as xQuery and the eXist database server, RDF, SPARQL, and native RDF stores such as AllegroGraph and Jena, standards like SKOS. Drupal and Ajax skills are of course useful, as is anything to do with scripting languages (these days we’re using Ruby for most factory work and PHP/Drupal on the server side).

Most of all we’re looking for a developer who’s intellectually curious, ready to learn new stuff, and eager and able to work with legal information as part of a top-flight team.

On January 1, the editor-in-chief position at the LII’s VoxPopuLII blog changed hands. Rob Richards, whose incredible work over the last two and a half years has defined VoxPop as an important resource for anyone working in legal informatics, has decided to devote more time to his PhD studies at Penn State.  Somehow, he continues to read, understand, and tweet everything in the field, thus giving weight to some of the wilder theories about him (one of the more popular ones is that he is really Thomas Pynchon, and also never sleeps).  We are immensely grateful to him.

Rob is succeeded by two people:  Stephanie Davidson (currently at the University of Illinois) and Christine Kirchberger (from Stockholm University). Each will be familiar to VoxPop readers from their earlier posts, and we are delighted that they have agreed to take the helm.

Stephanie earned her J.D. at Notre Dame Law School and her M.L.S. from Indiana University. After 5 years of reference and instruction at Yale Law School, Stephanie returned to the midwest to be Head of Public Services at the University of Illinois College of Law Library, where she has been since 2005. Her current scholarship focuses on informing law librarianship through a greater understanding of the research methods and practice of legal scholars and other legal researchers.

Christine Kirchberger earned her Law Degree from the University of Vienna, Austria, in 1997. In 2001 she joined the Swedish Law and Informatics Research Institute (IRI) at Stockholm University. Christine has been teaching legal informatics to law students and computer scientists, both in Sweden and at King’s College in London, England. Since 2006 she has been writing her doctoral thesis ‘Legal Information as a Tool’ focusing on legal information retrieval, the concept of legal information and the information-seeking behaviour of lawyers. In 2010 she authored Cyber Law in Sweden, as part of Kluwer’s International Encyclopaedia for Cyber Law.

We’re feeling a little guilty about this belated announcement… and trust that you’ll join us in welcoming Stephanie and Christine.  We’re looking forward to their contributions!

It’s a short week for the Supremes this week — Monday is a legal holiday — but they’ll be hearing 5 new cases on Tuesday and Wednesday:

By the way, if you ever have questions about upcoming oral arguments, you can find a complete listing here, with links to docketing information and to the LIIBULLETIN analyses as they become available.

Today is the first day of the new Supreme Court term.  This week the Court hears cases on topics ranging from copyright to habeas corpus and the registration of sex offenders.  Here’s the calendar; as always, you can read our LII Supreme Court Bulletin case analyses by clicking on the name of the case: