How does one get to the LII? Well, it ain’t exactly Carnegie Hall, so “practice, practice, practice” won’t quite cut it. Instead, our staff take diverse paths to their positions at the LII, and that’s what makes us work so well together. In a small operation like ours, it’s not so much what you know, as how much you are willing to learn.

One question many of us get asked often is, “What exactly is it that you do at the LII?” Last week, LII interface developer Wayne Weibel took some time to answer from his office, high atop the Peace Tower at Cornell Law School.

Q: When did you first become interested in computers?

A: I got the original Nintendo Entertainment System (NES) in 1988, when I was eight years-old.  The ability to control an avatar (though I didn’t know that word back then) by pressing buttons was fascinating. Then we got a home PC when I was 12, and I started messing around with this fledgling technology called the Internet. I wrote some silly scripts (even some “programs” in my TI-83), and I built web pages for games and friends. I finally started learning “real” programming as a senior in high school. 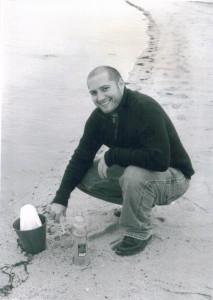 Q: Where did you go to college and what did you study there? Degrees?

A: I got my BS in Computer Science and an MA in Human Computer Interaction, both at SUNY Oswego. I focused on artificial intelligence and natural language processing as an undergrad. I almost had a mathematics minor, and I took a smattering of psychology, philosophy, writing, and art.  I was part of the Honors Program, too.

Q: What are some of the strangest jobs you’ve had… before coming to the LII?

A: I worked at the Sterling Renaissance Festival as a food booth supervisor, mostly at the cone ka-bob and waffle cone booths. Honestly, all the jobs I’ve had have been pretty typical–supermarket, video store, sports retail–then routine office jobs after I graduated.

Q: What is the most interesting aspect of your work at the LII?

A: Parsing and combining data from disparate sources to form a (hopefully) coherent, accessible, and usable representation of the law. And working in Drupal, our content management system. And I enjoy my co-workers.

Q: What is the biggest challenge in working at the LII?

A: Same answer as the above! Plus walking the Ithaca hills and, recently, the sub-zero temperatures.

Q: What parts or features of the LII site best demonstrate your work? C’mon, speak geek to us…

A: The CFR pages are complex and interesting. The main content is pulled from our XML database, and the other tabs on the page are generated from queries to a MySQL database. The PTOA (Parallel Table of Authorities) displays the relationships extracted from text we receive from the GPO (Government Printing Office).

Another example is the TOPN (Table of Popular Names), which parses and combines the OLRC (Office of the Law Revision Counsel) popular names table and Table III information to show the regulations associated with a named act. I created the ingestion processes for these features, which I also (try to) maintain.  And, I am sad to say, I also created the fundraiser splashover. But we need donations to help keep us going, and it has been very successful for us.

Q: You recently helped develop an app for Google Glass. Can you describe what it does and how the building process went?

A: “Signtater” is software that allows a user to send a picture to an online service that extracts text in the picture and identifies any legal citations, returning the web address (if any) for the citations, which can then also be browsed in Google Glass.

So when it’s perfected, you upload this photo: 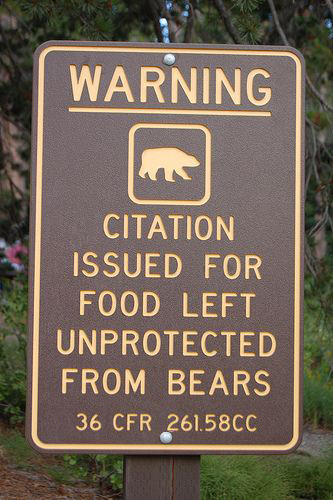 And then… <geekspeak>After straightening out some systems snafus, I began by using the starter glassware program.  With a lack of API documentation for the Google MirrorClient it was a process of looking at the existing code and the raw class files combined with the general RESTful interface documentation available from Google.  Looking back, the biggest hurdle was actually getting the project setup in Google.</geekspeak>

You get this back:

Q: What upcoming projects/features are you most excited about?