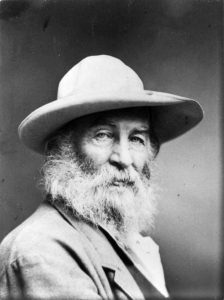 If you done it, it ain’t bragging
— Walt Whitman

First of all, thank you to everyone who donated during our June campaign. It was extremely successful — we met our goal and then some — and all of us here are more grateful to you than I can say.  With your help, we done it.  Without your help, we couldn’t.

Because I think you should know what your money is buying — and because I am both lazy and immodest — I’m sending along something originally written as an internal report for our parent institution.  I hope that you’ll find it relevant — and a source of some pride.  A good many of you have supported us for as long as we have been asking for support, and all of you can be proud of the scale and diversity of what you’ve made possible. It is, if I may say so, a very long and impressive list.

This year is the LII’s 25th year of operation — which, in Internet years, makes us older than Cornell University.   With that in mind, this report is in a once-and-once-only format. It is a quadranscentennial, shameless display of  immodesty, nevertheless lacking glossy paper and eye candy (and yeah, I had to look “quadranscentennial” up).

First, though, the annual barrage of statistics.  We now publish around half a million pages of information.  Over the last year, we’ve been visited by 34,701,568 people from 241 countries and territories, including a few visits from the Yamalo-Nenets Autonomous Okrug, a part of Russia (no votes were altered).   88% of our visitors were from the US. To put it another way, our materials were used by roughly 9% of all men, women, and children in the United States.  Since January, traffic to the site has risen by 20-25%, driven by increased public desire to read the actual text of laws related to immigration, membership on the National Security Council, the Constitution, and a wide variety of Federal criminal statutes. Many — from all points on the political spectrum — have told us that they are glad to have a source that is objective, trusted, and free.

Over the past quarter-century, the LII has helped millions upon millions of people understand and solve problems they encounter in their personal and professional lives, and helped lawyers — particularly those who work in pro bono or legal-services settings — to assist tens of millions of clients.   We are a critical resource for lawyers and other officials at all levels of government. We have spawned imitators and namesakes in at least 20 countries. A good many are the official publishers of law in those jurisdictions.  Arguably, we have had the greatest public impact of any program in the history of the Cornell Law School, carrying the name of the School and its parent institution to hundreds of millions of people, and returning unprecedented and unique value and goodwill to the School and the University.

Each day,  the LII is visited by somewhere between 5 and 7 times the number of people who have attended the Law School in its entire history.  We have profoundly affected the work of American lawyers, both directly and through a stream of innovations and open-access law sites created by others who followed our lead or built on resources we have published. We have advised and assisted many of those others. The LII’s founders and its technical leaders have been recognized by the American Bar Association, the American Association of Law Libraries, and most commercial legal information providers as pioneering innovators in the field of legal informatics and in the legal profession as a whole. The Dean has remarked that, “if the LII were a faculty member, it would be the most frequently quoted faculty member at the Cornell Law School”. So far this calendar year, entries from our WEX legal encyclopedia have appeared in the New York Times, the Washington Post, the Chicago Tribune, USA Today, the Allentown Morning Call, the Picayune Item, and the Cherokee Nation One Feather, among many, many other publications, online and off. A reporter for ProPublica, formerly with the New York Times and the Washington Post, has referred to us as “a foundational part of our civic infrastructure”.   Another, the winner of a Pulitzer Prize (plus two additional Pulitzer nominations), a Polk Award, and an IRE Medal, is a regular donor.

For a time, in the early years, we published an online magazine for the National Association of Securities Dealers.  We have collaborated on joint projects with numerous institutions in the US and abroad, including the Government Publishing Office, the House of Representatives, and operations like our own in Spain, Italy, Japan, South Africa, and Sweden among others.  We have consulted for the World Bank, the Open Society Institute, the Swedish International Development Agency, the UK National Archives, the United Nations, the Library of Congress, the FDA, the DOT, MITRE Corporation, and all of the major commercial legal publishers.  We were consultants for the Harvard Law School Library for nearly a decade.

We served on American Bar Association committees concerned with public participation in Federal agency rulemaking, and with the accreditation standards related to distance learning.  We have testified on legal information policy issues before two Congressional committees, and spoken to groups at the United Nations, the Global Forum on Law and Development, and the Interparliamentary Union, each on multiple occasions.  We have worked with the European Commission and the Hague Conference on Private International Law on the problem of obtaining authoritative legal information across national boundaries. We have given dozens of presentations at AALS, AALL, and CALI.  For five years, our version of the tax code was published on CD-ROM by the IRS for use in its own outreach programs.  We were, for a few years, the de facto editors of the Federal Rules of Bankruptcy Procedure.

We have often served as a matchmaker and convenor.  Academics who study or otherwise work with government have benefitted from the unusual cooperation that is available to Cornell researchers because officials throughout government are well aware of the services the LII provides.  We have introduced law faculty to collaborators from the computer-science world, as when we introduced Bob Hillman to a Cornell expert on software development as part of his work on software contracts and the UCC.   Our guest blog, VoxPopuLII, has become a place where practitioners in all of the disciplines that touch on legal informatics — law librarianship, information science, and design, among others — can find accessible reports of the latest work that touches their areas of interest.  We have attracted postdoctoral students from Serbia, Finland, Brazil, and Spain. We hosted residencies for online democracy activists working in the Middle East, South America, Africa, and the Ukraine, and for an African software engineer building a plug-and-play system now used to publish legal information in 10 African countries.  We held the second largest conference in the history of the School, with the largest international attendance of any.  LII principals serve on editorial boards and program committees for any number of international conferences and publications in the area of legal informatics, law and AI, and legal publishing technology.

We have created tremendous goodwill in unexpected places and in unexpected ways. Our donors include a former president of the World Bank, and the procurement manager for a food bank;  a former Solicitor General of the United States, and a guy who prototypes machine parts for a living; at least 7 Federal judges, and a woman who runs a project that works for prisoner’s rights at the Lewisburg Federal Penitentiary. Our acquisition of the OYEZ collection of Supreme Court opinions brought recognition from an unexpected direction (and one near to my heart):  program credits and lobby notices at the Berkeley Rep, the Oregon Shakespeare Festival, and the Washington Arena Stage performances of “Roe”, a play about the Supreme Court.

We have done all of that with a staff whose effective size has never exceeded eight, and which for the first fifteen years of the LII’s history was substantially smaller.

We have great things in the works for the coming year. As most of you know, through the generosity of its founder, we acquired the Oyez collection of Supreme Court oral arguments last fall; we are now  building out the Oyez materials in ways that connect to our other collections.  We are much of the way through renovating — and hugely improving — a regulatory-agency monitoring program called Docket Wrench. Originally created by the Sunlight Foundation, but deprecated and then put up for adoption, it will provide remarkable insights into notice-and-comment rulemaking activity, using over 3 terabytes of data.  In another line of investigation, we want to extend our work on using natural-language processing to identify and link statutory and regulatory definitions in ways that make use of definitions from authorizing statutes easier to follow, and allow the assembly of a “CFR dictionary” that invites comparison of definitions across different areas.  Last summer, we also adopted the former Avon Center’s Women & Justice collection, which we’ve been expanding with additional content and will be re-launching on our domain shortly under the name “And Justice For All.”

We’re looking forward to another 25 years that will be as successful as the first 25.   As always, we welcome your comments and suggestions.

PS:  We’re in the middle of our June fundraising campaign.  At the risk of looking like we’re a weight-loss program, purveyor of acai berries, or other shady user of anonymous testimonials, I’d like to share some things our donors told us about their reasons for donating:

“Because you help me win claims for Veterans.”

“I refer to this site on occasion as the most reliable and well organized place to obtain the most current and precise version of provisions of the U.S. Code. the site provides a very valuable service to attorneys and to the public at large.”

“I am a former hazmat training officer, now retired from the force. I now teach the transportation companies of Quebec how to train their employees for shipping and hauling dangerous goods through Canada and the U.S. It’s really great to have a web site dedicated to informing people like me on the latest rules and regulations. Keeps me up to date ! Thanks !”

“Cornell’s LII has been an immense help to me and my clients for many years now.”

“I received very accurate legal information from a trusted source, Cornell. I have used this service for years in my representation of federal employees before administrative forums. I truly appreciate the availability of pertinent and very useful info about our laws.”

“I love your website. It’s very useful to the experienced attorney, as well as to the lay person. In Washington, D.C., the Carnegie Library in Mount Vernon Square bears the inscription “A University for the People.” Cornell continues that awesome American tradition with its website.”

“I believe the access to the law, via LII, provides an exceptional opportunity for all to have direct access to the legal and regulatory framework that controls so many aspects of our daily life. Book collections are increasingly more expensive and require costly physical space, which means that traditional public access points for non-university, non-legal everyday citizens are disappearing or are moving to pay-per-access services to save money. LII has been out in front of almost, if not all, other internet providers and is by far the most user friendly.”

3 thoughts on “Thank you”