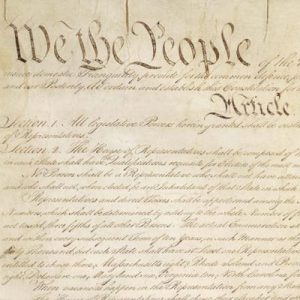 It’s been in the news lately, but what do you know about the Emoluments Clause?  Cornell Law student Stephanie Jurkowski recently contributed the following to our Wex legal reference:

Also known as the Title of Nobility Clause, Article I, Section 9, Clause 8 of the U.S. Constitution prohibits any person holding a government office from accepting any present, emolument, office, or title from any “King, Prince, or foreign State,” without congressional consent. This clause is meant to prevent external influence and corruption of American officers by foreign States. A similar provision was included in the Articles of Confederation, applicable to both federal and state officers. The language of the modern clause, however, suggests that only federal government officials are prohibited from accepting any emoluments.

That the phrase “Offices of Profit or Trust under the United States” applies to all appointed officials is undisputed, however there is much debate as to whether it extends to elected officials.

History does not provide a clear answer: When he served as Secretary of the Treasury, Alexander Hamilton produced a list of persons holding such offices at the request of the Senate; the list did not include any elected positions. Further, during their presidencies, while George Washington did not seek or obtain congressional consent for foreign gifts, Andrew Jackson did.

The Foreign Gifts and Decorations Act of 1966, on the other hand, enumerates several elected positions in its definition of “employees” who may not accept any gift of more than minimal value without congressional approval. Such “employees” include the President and the Vice President, a Member of Congress, and the spouses and dependents of the same.

A constitutional amendment was introduced in 1810 to modify the Emoluments Clause. The effect would have been to strip the citizenship of any U.S. citizen who accepted, claimed, received, or retained any title of nobility from a foreign government. However, this amendment was never ratified, though it is technically still pending before the states.

The interpretation of the Emoluments Clause has never been litigated before the U.S. Supreme Court.

Historically, there’s been surprisingly little litigation around the Emoluments Clause.  Now, of course, litigation centers around whether the use by foreign officials of hotels of the Trump brand violates the prohibitions of this clause.  The first lawsuit was filed by the Citizens for Responsibility and Ethics in Washington in the Southern District of New York in January of 2017.  The Attorneys General of Maryland and the District of Columbia filed a second suit in the District of Maryland last month.

3 thoughts on “The Emoluments Clause”